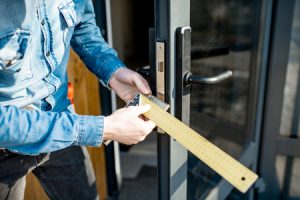 JC Security handles all sorts of locks. When you think of locks, do you ever think of their various functions? Did you even know there are different types of locks, with terms like cylindrical, mortise and ‘exit devices?’” You can learn a lot about locks if you’re interested. The Five Lock Functions Now about the… END_OF_DOCUMENT_TOKEN_TO_BE_REPLACED

Do you own and run your own business in Appleton, Wisconsin? Are you responsible for a small office or perhaps a series of offices in more than one building? Perhaps you work at a factory in/near Appleton? Whatever the commercial enterprise, one thing’s for sure: it’s good to know a locksmith. Lock System Doors keep… END_OF_DOCUMENT_TOKEN_TO_BE_REPLACED

In the Fox Valley and surrounding Northeast Wisconsin, JC Security has become the “go-to” locksmith for many people. Based in Appleton, and run by Jeff and Brad Engel, JC Security specializes in auto keys, but also offers a whole host of locksmith services. How does a locksmith help make people’s lives easier? Key Solutions For… END_OF_DOCUMENT_TOKEN_TO_BE_REPLACED